The Most Locgical (and craziest) MH370 Conspiracy Theories

Enviado há 7 anos atrás
THIS WEEKEND MARKS the one-year anniversary of the disappearance of Malaysia Airlines Flight 370. No physical evidence of the Boeing 777 has been found, and other clues—logs of automated satellite communications and from military radar—have delivered more questions than answers. The 239 passengers and crew on board are presumed dead, and the official stance on the fate of the plane is that it crashed—somewhere—into the Indian Ocean, for unknown reasons. (www.wired.com) Mais... 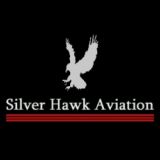 sportfish 7 anos atrás 4
If you take the time to read the 'article,' you will have wasted your time.
Resposta ↓•Permalink•Report

Ric Wernicke 7 anos atrás 2
There was one eyewitness whose story is at least possible when compared to the ACARS data. It was a mariner off the tip of Sumatra. A UK writer condenses his story:

"A sailor reported an aircraft flying North to South, Northwest of the
tip of Sumatra, around 03:00 local time. The aircraft was described
as glowing orange, but with no visible light sources or windows. It
was trailing smoke, appeared “long and pointy”, and was flying
slowly well below the altitude of two other aircraft heading in the
opposite direction."

The glowing and smoke could have been caused by a fire onboard, with the crew trying hard to fly the airplane. Multiple system failures may have been at hand. I am still waiting for a through investigation into the cargo aboard, and the shippers. If there is any cover up going on, it sure could be in this sphere.

Unlike Sparkie who feels pilot suicide may be the cause, I feel undeclared Lithium batteries might be involved.

I lean away from pilot involvement because neither had any emotional, political, or financial problems. Sparkie could still be correct, but recovery of the airframe could sure help to solve that debate.
Resposta ↓•Permalink•Pai•Report

andromeda07 7 anos atrás 1
Totally agree. All of these theories except one rely on the plane taking a different flight path than the one ending up SW of Perth. Reports of the satellite data are unambiguous about this, including ruling out the northern arc by the Doppler effect, which is extremely unlikely to be faked. This journalism is really stooping low. The problem is simply that the data can't pinpoint the location well enough, combined with uncertainty of how the wreckage would behave in ocean currents, eddies, and stormy seas in some of the deepest open ocean on earth.
Resposta ↓•Permalink•Pai•Report

ToddBaldwin3 7 anos atrás 1
What do you expect coming from a "Technology and Automotive" reporter, not an aviation reporter. This is as bad as the story about the aging ATC system (US) coming from a reporter whose previous story was about cooking at sea.
Resposta ↓•Permalink•Report

Kevin Wilson 7 anos atrás 1
Where is flight MH370? Could it be in a hanger some where? Crashed on an island? In the Indian ocean? The only way to find out is by searching.
Resposta ↓•Permalink•Report

sportfish 7 anos atrás 1
Had American Airlines A-320 Flight 1459 ditched unbeknownst to anyone in the middle of an ocean - rather than on the Hudson - how much wreckage - from the plane - would there have been to find? I dare say none from the plane - passengers and life vests a different matter. But what if no one aboard were alive - or no one left alive (the theoretical suicidal pilot) opened a door? I'm certainly not suggesting that this is what happened, but I think every possibility has to be considered. It's possible there could be very little floating wreckage to ever find.
Resposta ↓•Permalink•Report

matt jensen 7 anos atrás -1
still say it's in DG or NK on the ground, not in the water
Resposta ↓•Permalink•Report

Alan Hoffberg 7 anos atrás -3
FLIGHT TRACK discusses the reason for absence of wreckage -- all part of the plot.

Alan Hoffberg 7 anos atrás -4
For another theory, take a look at FLIGHT TRACK, by Lior Samson, which publishes on March 8. Pre-orders and more info are at http://tinyurl.com/q25gm69.

"It's an action packed thriller and I couldn't put it down until I finished it." -- Alan Hoffberg, pre-publishing editor.

"The inaugural flight of Pacificano Transocean’s over-the-pole non-stop service from Singapore to Chicago O’Hare is an occasion marked with cheers and champagne. When flight PT20 veers off the radar, it begins to look like a rerun of the 2014 disappearance of Malaysian Airlines flight MH370. An elite team of brilliant young nerds is called on to help find the missing plane before mystery turns into tragedy. Their high-tech pursuit is quickly transformed into a life-or-death race to discover who is behind the incident, to understand what is at stake, and to find a solution against seemingly invincible forces."
Resposta ↓•Permalink•Report