Claims plane wreckage found in the Philippines could be MH370

Enviado há 6 anos atrás
Breaking news that has coe to light on missing MH370 that they may have located the wreckage in a jungle in Filipino on the Island of SUNBAY in TAWI TAWI four people on a hunting trip came across the grim discovery in September to confirm they found human remains skeletons strap to there chairs in the cabin area as well as the pilots seat. Pieces of clothe with the wording Malaysian airlines has confirmed this. This includes many large parts of a aircraft. No photo's have reveled this but… (www.couriermail.com.au) Mais... 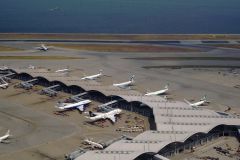 andrew357 6 anos atrás 6
This has being filtering through the TV networks here in Australia reporting this as well both links a authentic or truthful. Just to let anyone know if your a FLIGHTAWARE member or not who read these articles or you are a family member who has lost a loved one on this flight.please don't be offended with the posting everyone is trying to find this missing aircraft including the authorities and we all respect this.

kamyee249 6 anos atrás 4
We have also being getting news in here in Hong Kong about this and many beleive this is the B777-200 that went down it could have broken apart where many parts are everywhere similar to the PAN AM 103 B741 incident over Lockerbie 1988 where many parts of the plane were scattered miles apart from the main point of impact but we have a different situation here of how this plane dissapeared.
Resposta ↓•Permalink•Report

parisram007 6 anos atrás 2
The news broke here in the US about this It sounds like the aircraft headed inland but broke up into pieces in dense jungle. But why the satellites cannot pick these images up
Resposta ↓•Permalink•Report 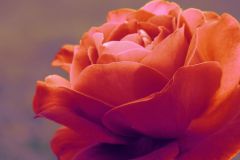 tracytearata 6 anos atrás 2
I wonder if this is the wide bodied Boeing 777B-200 and finding human remains in there seats why have these claims being made without evidence or a photo. I understand dense jungle can hide many things with over growth but there would be some clearance showing the impact of the wreckage and snapped tree's or a black grey smear viable from the air. But being a year on growth of the jungle would hide this and the wreckage. Interesting find indeed they should send investigators or searchers in there to locate this site. Our paper headlined this as well 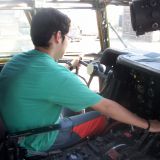 BoeingsBoss 6 anos atrás 1
I found this same article here, http://www.indiatimes.com/news/world/the-airplane-remains-full-of-skeletons-found-on-a-remote-philippines-island-may-be-from-the-long-lost-mh370-246207.html According to the aritcle a pilot was found still in his seat with the safety belt on. Also according to the article this was known for a month before it was reported. You only found dead bodies why not make every attempt to report it?
Resposta ↓•Permalink•Report

tedbrussels3001 6 anos atrás 1
The report raised speculation that the wreckage could have been that of MH370, which vanished in March last year on a flight from Kuala Lumpur to Beijing with 239 passengers and crew on board.

tedbrussels3001 6 anos atrás 1
Authorities in the Philippines have ruled out suggestions that plane wreckage reportedly found on an island in the south of the country is of missing Malaysia Airlines plane MH370.
A resident, Jamil Omar, had reported to police on the weekend that his teenage nephew had found aircraft wreckage, with the Malaysian flag painted on its side, crashed on Sugbay Island in Tawi Tawi.
Mr Omar's nephew, who was hunting for birds with his friends at the time, also reported that inside the wreckage there were human bones, including a skeleton in the pilot's chair with the seatbelt still fastened, The Straits Times reported.

tedbrussels3001 6 anos atrás 1
Even the people residing in the island for the longest time have no knowledge of this."
A senior Philippines police official told The Straits Times that there had been no reports of any aircraft crashing on any of their islands
He said if any aircraft had "gone down in our area there would have been alerts from civil aviation authorities".
"To date, there has been none," he said.
In July this year, a piece of the missing plane's wing, known as a flaperon, was found on the shore of Reunion Island in the Indian Ocean, about 7600 kilometres from Sugbay Island.
A technician from Airbus Defence and Space, which had made the part for Boeing, formally identified one of three numbers found on the flaperon as being the serial number of the MH370 Boeing 777.
The disappearance of MH370 last year triggered one of the largest searches for an aircraft focusing in the Southern Indian Ocean

How true is this
Resposta ↓•Permalink•Report 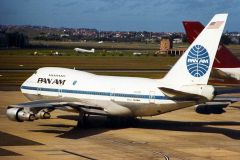 BOAC747 6 anos atrás 0
Plane wreckage 'containing many skeletons and painted with the Malaysian flag is found on remote Philippine island'... but could it REALLY be Flight MH370?

BOAC747 6 anos atrás 0
Plane wreckage containing 'many skeletons' and painted with the Malaysian flag has reportedly been found in the Philippines, prompting speculation it could be missing Flight MH370.
Police confirmed they had received reports of the discovery in thick jungle on the remote island of Sugbai in Tawi-Tawi province.
An audio technician, Jamil Omar, contacted police in Malaysia to say his aunt, Siti Kayam, had stumbled upon the wreckage while she and others were hunting for birds.
Police commissioner Jalaludin Abdul Rahman, based in neighbouring Borneo, said the woman claimed she climbed into the smashed fuselage and saw skeletons.

BOAC747 6 anos atrás 0
Police received reports of the discovery in jungle on the island of Sugbai in Tawi-Tawi province (above)
SHARE PICTURE
+4
Police received reports of the discovery in jungle on the island of Sugbai in Tawi-Tawi province (above)
However, police are understood to have not dismissed the possibility that the flaperon could have broken off from the aircraft after it took off in March last year to fly from Kuala Lumpur to Beijing, the missing part causing the pilots problems in handling the jet.
Adding to the general mystery is the report by oil rig worker Mike McKay who told the Mail exclusively earlier this year that he stood by his observation of an 'aircraft on fire' as he stood at night on his rig off the southern tip of Vietnam.
For MH370 to have come down on remote Sugbai island, it would have had to divert from its north east course after take off and head due east towards the lower Philippines islands.
A catastrophic disaster, an explosion, a fire, or even a hijacking, could have resulted in it veering around the skies, experts have said.
Australian, Malaysian and Chinese authorities have been sharing information based on satellite signals that have resulted in an intensive search of waters south west of Australia in the southern Indian Ocean.
Despite high-tech scouring of the waters and the ocean floor, there has been no sign of the plane in that area, the only discovery confirmed as being from the aircraft being the flaperon found earlier this year on Reunion.
Whether the mystery of the plane's final resting place along with its 239 passengers and crew will be solved with the latest report of 'wreckage' is expected to be known within the next day or so.
Police in Sabah, in northern Borneo, confirmed that Mr Omar had called in at the police headquarters to personally lodge a report about the wreckage.

linbb 6 anos atrás 1
Wow and you are repeating what has already been said could have saved your time and not posted nothing new.
Resposta ↓•Permalink•Pai•Report

Loral Thomas 6 anos atrás 2
I'm with you, Joel. Actually hope this is MH370 and the experts can now fix their attention on why. The families need a definitive closure.
Resposta ↓•Permalink•Pai•Report