The Soviet flying beast that never really took off

Submitted 2 years ago
The only surviving prototype of this unusual plane now sits dilapidated in a field near Moscow, but it was once the hope of the Soviet Union against US submarine attacks. The Bartini Beriev VVA-14 -- the letters are an acronym for "vertical take-off amphibious aircraft" and 14 was the number of engines -- was designed to take off from anywhere without a runway and to be capable of sustained flight just above the water surface. (www.cnn.com) More...

Michael McMurtrey 2 years ago 8
A Ukrainian company released a 1/72 plastic model kit of this beast some years back.
Reply ↓•Permalink•Report

Jim Smirh 2 years ago 7
"a suitable engine type was never developed" Mainly one that could consume vast amounts of salt water spray when landing/taking off vertically! 8+|
Reply ↓•Permalink•Report

Dale Rowett 2 years ago 5
I'm going to go out on a limb and suggest that Robert Bartini was more of a promoter in the style of P.T. Barnum than a military aircraft designer.
Reply ↓•Permalink•Report

stacey go 2 years ago 1
He was the Lysenko of Aviation.
Reply ↓•Permalink•Parent•Report

Donovan Kundiger 2 years ago 4
The information in this article went beyond what I've read in the past. Thank you! Very interesting.
Reply ↓•Permalink•Report 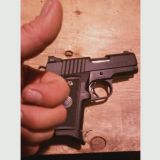 SmittySmithsonite 2 years ago 1
HA! Indeed! This one might be the ugliest yet!
Reply ↓•Permalink•Parent•Report

Robert Jennings 2 years ago 1
The Zubr class LCAC (Pomornik), that is a "beast"!
Reply ↓•Permalink•Report 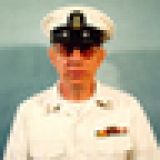 Norman Atwater 2 years ago 1
I think this is the same plain This guy travels around Russia and found this see frame 40.35
https://www.youtube.com/watch?v=V2xVSmzPzW4
Reply ↓•Permalink•Report 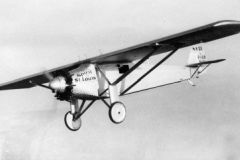 NX211 2 years ago 7
Yes & no. Even CNN couldn't get it straight as they showed pics of at least 3 different models of these 'ground effect' airplanes. The Sovs' messed around a lot with these 'back in the day' even trying them out for high-speed ferry service. Quite a few are on static display around the country.

The pic with the tarp over the cockpit is at the Central air forces museum at Monino. It's about 30 miles east of Moscow and easy to get to via commuter rail service.

If you ever get the chance I'd highly encourage a visit out there. They keep an AMAZING collection of aircraft including one of the last TU-4's as well as Sukhoi T-4, TU-144 ( Concordki ) and the Mil V-12. They even give a nod to WWII lend-lease aircraft. Bring a lunch and stay the whole day. It's on an active Russian air force base so, no snack bar.

WhiteKnight77 2 years ago -2
From satellite imagry, you can tell how many aircraft the Soviets built that drew on American designs. Of course, the DC-3, there are some that look to be similar to a C-130 as well as the C-141. Another looks like a bastardized version of the B-58.
Reply ↓•Permalink•Parent•Report

stacey go 2 years ago 3
Don't forget the Concordski, which "drew on" the French/British design. S&T espionage is basically how the Soviets operated.
Reply ↓•Permalink•Parent•Report

NX211 2 years ago 3
It's absolutely true that there was espionage around the Concorde. Though, the Russians didn't try to make a bolt for bolt copy.

I've been to that airbase/museum 5 times or so. & also seen the Concorde at the Smithsonian and at CLG airport. I know the TU-144 was a hot mess and had more problems than an AMC Gremlin.. However, I can honestly say that at least externally.. the TU-144 is a 'prettier' aircraft.. By far.
Reply ↓•Permalink•Parent•Report

stacey go 2 years ago 2
I respectfully disagree that it is prettier. Those canards give it such an awkward, derpy, goofy bird look.
And, FWIW, there is pretty much a "Russian equivalent" for most of our aircraft, again thanks to the massive S&T espionage both against military and commercial aviation.
Reply ↓•Permalink•Parent•Report

WhiteKnight77 2 years ago 1
Or that they were hand delivered a copy of it, especially in the case of B-29s during WWII.
Reply ↓•Permalink•Parent•Report

NX211 2 years ago 1
Hand-delivered? Umm I guess you could say that. Though it really stretches the definition a bit.

3 B-29's aborted/made emergency landings in the Russian far east after being damaged in bombing raids over Japan.

This was a Godsend to Stalin. He had tried everything to get the US to give him the B-29. Even trying to add it to a Lend-Lease order in the hope that some clerk unaware of the prohibition would approve the order.

Russia was supposed to hold the aircrews for the duration of the war. However, Stalin risked the neutrality agreement with Japan and ordered the air-crews repatriated and had them smuggled out through Iran.

Because of Stalin's order to produce 'exact' duplicates of the B-29, there are rumors that the first flight TU-4's even suffered the same engine overheating issues the B-29 suffered. And, that the first TU-4 copies made included patch/repair panels the B-29's had from previous repair work.

At least in my case, I think enough time has passed where I can acknowledge that this was an incredible undertaking by the Sovs. Taking an airplane like that apart, creating the drawings and tooling to produce it yourself. More so considering the B-29 used English measurements and all of the Russians toolings were in Metric.
Reply ↓•Permalink•Parent•Report

NX211 2 years ago 1
If you have stood next to a 144 and given it a good look then I don't mind a bit if you disagree.. Different strokes & all.
Reply ↓•Permalink•Parent•Report

NX211 2 years ago 2
Actually.. that IS a DC-3.. Part of their nod to WWII Lend-Lease. They also have a Bell P-63 ( King Cobra ) and other US aircraft that the US sent to Russia to help their war efforts.

What you missed was the TU-4 ( It's on the SE corner of the museum across from the Mil V-12 ). That is a 'bolt for bolt' copy of the B-29. Crazy story how Stalin got his hands on 3 B-29's had them taken apart, engineering drawings drawn & an assembly line setup.
Reply ↓•Permalink•Parent•Report

WhiteKnight77 2 years ago 1
I wasn't after naming all of them. Just that you could tell. smh
Reply ↓•Permalink•Parent•Report

Jim Martin 2 years ago 1
The last picture is of a completely different "hovercraft" I've seen recently on the internet, not sure just where, but it was featured that it resided somewhere on the Black Sea and was fairly recently moved to another location again on the Black Sea where it is "beached" at the vertical view shown in this article. It appears to be much larger than the VVA-14 which has two turbine engines just aft of the cockpit which is a rather bulbous shape, wherein the one in the last picture has a more "normal nose section" and also has many engines arranged rather "normally" on the "wings". The one on the Black Sea looks to be many times the size of the VVA-14 as the article on it deemed it to be a cargo hauler which never really panned out. Haven't we had our share of "amazing aircraft" that didn't make it as well!
Reply ↓•Permalink•Report

lynx318 2 years ago 1
The Caspian Sea Monster, the Lun class Ekranoplan is what you are thinking of.
Reply ↓•Permalink•Parent•Report

Jim Martin 2 years ago 1
Thanks, you're right I missed the boat there with the Black/Caspian Seas. Seems there were about a dozen turbine engines on that monster. I'll have to keep looking for the earlier big planes from the 1920's or so. Weren't the Anatov 124/125s from the Ukraine, years ago a 124 was at OSH Airventure, about the size of a C-5 it could haul a-plenty. We've seen several big planes at AirVenture AirBus big hauler, an A-380, actually the prototype, Boeings expanded 747 used to haul 787 parts between assembly plants, 747-8, most of the new military planes, big and small, a 787, Fifi and Doc (B-29's) were there some 5 years ago, neat to see them in the air together, but compared to todays aircraft they weren't that big
Reply ↓•Permalink•Parent•Report

Charlie Roberts 2 years ago -4
From all the pictures I have ever seen of this aircraft, cnn must be using dominion voting to count the engines, as I only count and see four, and all four are in a fixed position to provide a short take off, while preventing water ingestion.
Reply ↓•Permalink•Report

flyincj 2 years ago 3
Not a single picture in a hover or VTOL, yet you are downvoted by the masses. You get my upvote based on evidence, not feelings.
Reply ↓•Permalink•Parent•Report

SmittySmithsonite 2 years ago 1
LOL! I know, right? Accurate reporting isn't really their strongpoint over there. They're experts at embellishment. They could describe dog poo as a fragrant rose, and the loyal cult would buy it.
Reply ↓•Permalink•Parent•Report

Charlie Roberts 2 years ago 4
of which the 12 lift engines were never fitted to the airframe, just proposed.
Reply ↓•Permalink•Parent•Report

Daniel Gless 2 years ago -4
Or Charlie, you could actually READ the article.
orange guy lost with or without CNN.
Reply ↓•Permalink•Parent•Report

Charlie Roberts 2 years ago 5
Hey if your reply to mine makes you feel better, hope it made your day.
Reply ↓•Permalink•Parent•Report